oberste Seite > Statement by H.E. Ambassador MIZUTANI Akira at the 1360th Meeting of the Permanent Council of the OSCE (Ukraine)

Statement by H.E. Ambassador MIZUTANI Akira at the 1360th Meeting of the Permanent Council of the OSCE (Ukraine) 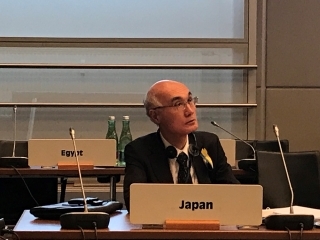 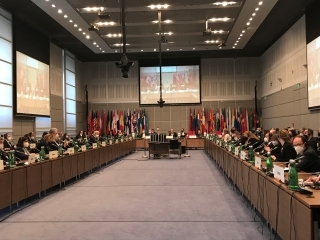 (As delivered)
Thank you, Mr. Chairman,

Based on the OSCE Rules of Procedure IV.1-(D)-3, Japan takes the floor today, since the issue is critically important.

First of all, allow me to express, on behalf of the Government of Japan, our solidarity with the people of Ukraine. At the same time we express our deep condolences and sympathy to the bereaved family of Maryna Fenina, a SMM member who died the day before yesterday.

Japan condemns in the strongest terms Russia’s act of aggression which    seriously infringes upon the sovereignty and territorial integrity of Ukraine. This unilateral attempt to change the status quo by force shakes the very foundation of the international order in Europe, and in every corner of the globe. The actions of Russia are a clear and flagrant violation of international law, the UN Charter and OSCE philosophy.

Russia must immediately stop the aggression, withdraw its forces back to Russia, and come back to the path of diplomacy.

In order to achieve this, we should cooperate with each other for the maintenance of international peace and security, pursuant to the duty to take joint and separate action in cooperation with the international community including the G7.

Belarus has allowed Russian troops to pass through its territory, and is clearly involved in Russian aggression. Japan strongly condemns this and has decided to impose sanction against Belarus as well.

Together with the international community, Japan stands with the people of Ukraine.